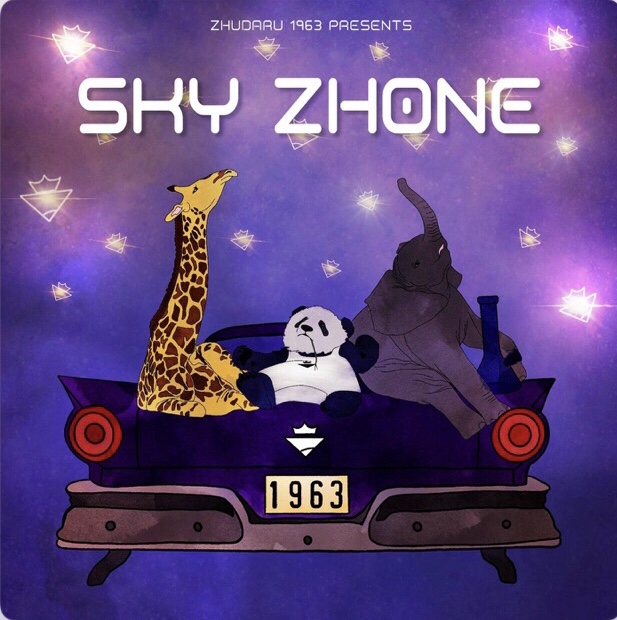 When you think Florida Hip Hop, many people would be quick to say “Only Miami puts out that work?” But I am here to tell you, Zhudaru1963 is putting on for the St.Petersburg Hip Hop scene.

Featuring artists Kayo Da Beast, Heyeyella, Acoupstix, as well as many other artists that are featured on Zhudaru1963. The collection of different artists gives off a “Revenge Of The Dreamers 3” vibe. I really dug how the first two tracks featuring Kayo, had more hard hitting production, with “No Cap” being my fav track off the project. Tracks like “Slow” and “Burn Slow” give you that smoking song and club song every one can get down with.

If your looking for just dope true to life bars, look no further to the Kalixo Ratchet track “True”. Everything Kalixo spits feels authentic, which definitely adds to his lyrics dealing with the trials and tribulations of street life.

The production on this project is really top notch with a lot of melodic trap esque beats that allow Acoupstix to float over tracks like “Arrogance”. Some of the tracks a little bit of a Lil Baby vibe but I ain’t mad at it, that shit slaps especially on “Go Off”.

As a whole I really enjoyed this Zhudaru1963 project. What the collective could do for St.Petersburg Hip Hop is really special with Rod Wave blowing up out of the area, the flood gates have been opened, allowing St.Pete to have its time to shine in the game. Check out Zhudaru1963.com for more dope music and merch.