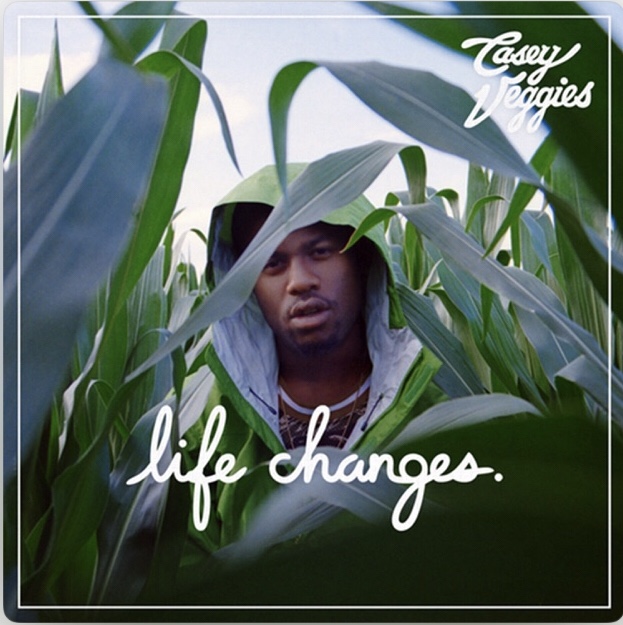 When you think of artists that survived after leaving a prominent group you can think of to many that have made it. After leaving Odd Future in its early days Casey Veggies made a name for himself on the West Coast for being that spitter with mainstream appeal. On his 2013 mixtape “Life Changes” Young Veggies crafted the blueprint of what today’s West Coast Hip Hop should be.

In the world of West Coast Hip Hop I feel there are three different forms of it. One is from a more conscious aspect like Blu or Kendrick. The second is that gangster shit that artists like YG and Nipsey put down, but there is also this weird third form has a accessible main stream appeal that artists like Dom Kennedy and Casey Veggies provide. The Cali vibe these type of artists create just make you wanna ride down Gulf BLVD with the windows down.

This project dropped the year I graduated High School so it is very nostalgic for me. As soon as I got my first car I burned a CD with my all time fav tracks “She In My Car”, “Faces”, “Whip It”. The Drugz produced “Whip It” is my go to Veggies song. Just a simple Japanese strings over trickling hi hats was the vibe during those SPC days. The Dom Kennedy assisted “She In My Car” is perfect example when I say Mainstream West Coast sound.

Not to say that Veggies is a lacking when it comes to introspective lyrics. On the two part track “Love=Hate, Ulterior Motives” Veggies gets deep into his difficulties finding the right girl. Anytime the TDE production group of THC makes a track for Veggies it’s always flawless. The did a few tracks on his debut album “Live And Grow” but we will talk about that another day.

It might just be nostalgia that makes this album a classic for me but Veggies is the man. I feel he doesn’t get the love he should, mainly because he gets boxed in as just West Coast rapper but since when was that a bad thing. Yeah I am from the South but you get tired of listening to trap shit all the time, some times you gotta just ride out to some Young Veggies.