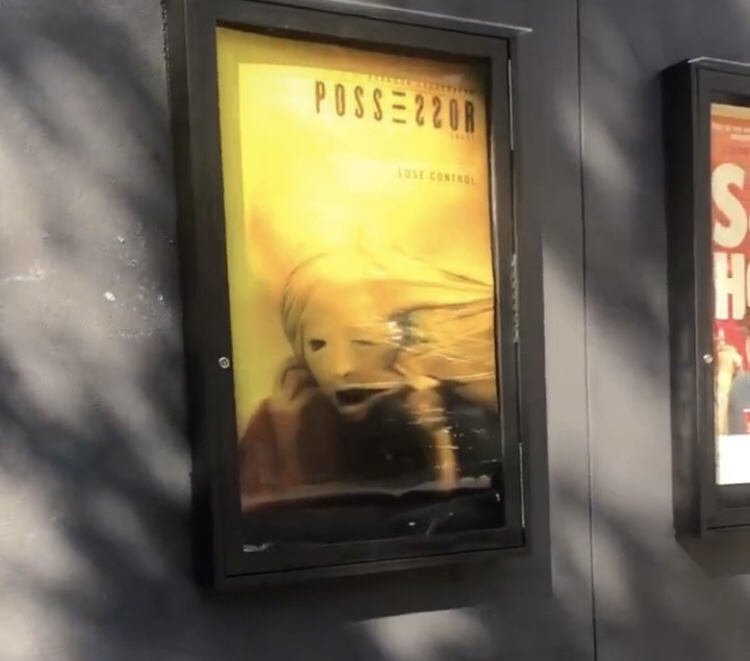 This week Green Light Cinema brings us “Possessor Uncut” the second film from the heir to the Body Horror throne Brandon Cronenberg.

This was my first foray into the work Brandon Cronenberg, but I am very familiar with his father David Cronenberg’s work, most notably “Videodrome” and “Eastern Promises”. I have heard things about Brandon’s first feature “Antiviral” starring Jared Leto, after seeing “Possessor” I will definitely need to give that one a shot.

Although I wouldn’t technically call this a Body Horror film it definitely deals with similar themes and motifs. Andrea Riseborough plays an assassin that has the ability to go into another persons body, basically controlling them. Brain damage and loss of consciousness can all be factors when this sort of fusion is done.

The strong points of the film are when Cronenberg uses nightmarish imagery of flesh melting and Riseborough screaming in dim lit shots. The lynchian imagery was just enough to not make the film feel over the top . Gore hounds will definitely feel right at home with some of the best kill scenes I’ve witnessed in years Mx

The film can feel cold at times which may put off some people, the only characters you really care about are Riseborough and Jennifer Jason Leigh but overall this is a really solid film. 4/5 Campfires