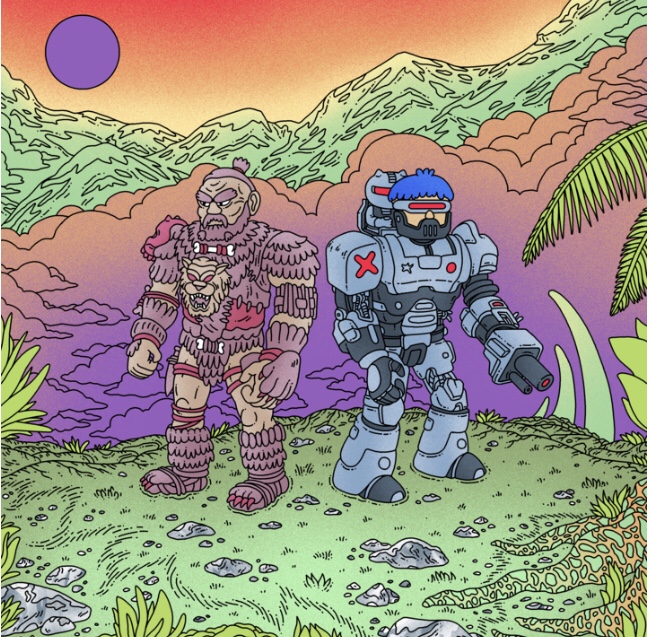 After missing out on last years Action Figure Of The Month pledge, I had no choice but to go all in on the latest Toy Pizza pledge. This time the world of Pangea Island has been opened up adding even more layers to the Knights Of The Slice lore.

Initially I wanted to do the $250 pledge, but went with the $65 so I could at least get 1 of each figure. I wasn’t really sold on Cen-5 at first but after learning more about his backstory from the livestream he is a welcomed addition to the KOTS. The accessories pack accompanying Cen-5 might be the best of any figure so far, especially his little mining buddy.

Cromega is hands down my favorite design so far and I plan on buying several color ways of him. It will be interesting to see the role Cromega plays in the future.

With the various hints dropped by Jesse,I can only assume the next addition to KOTS will be of the more aquatic fare. Maybe we will find out what lies beneath Pangea Island.