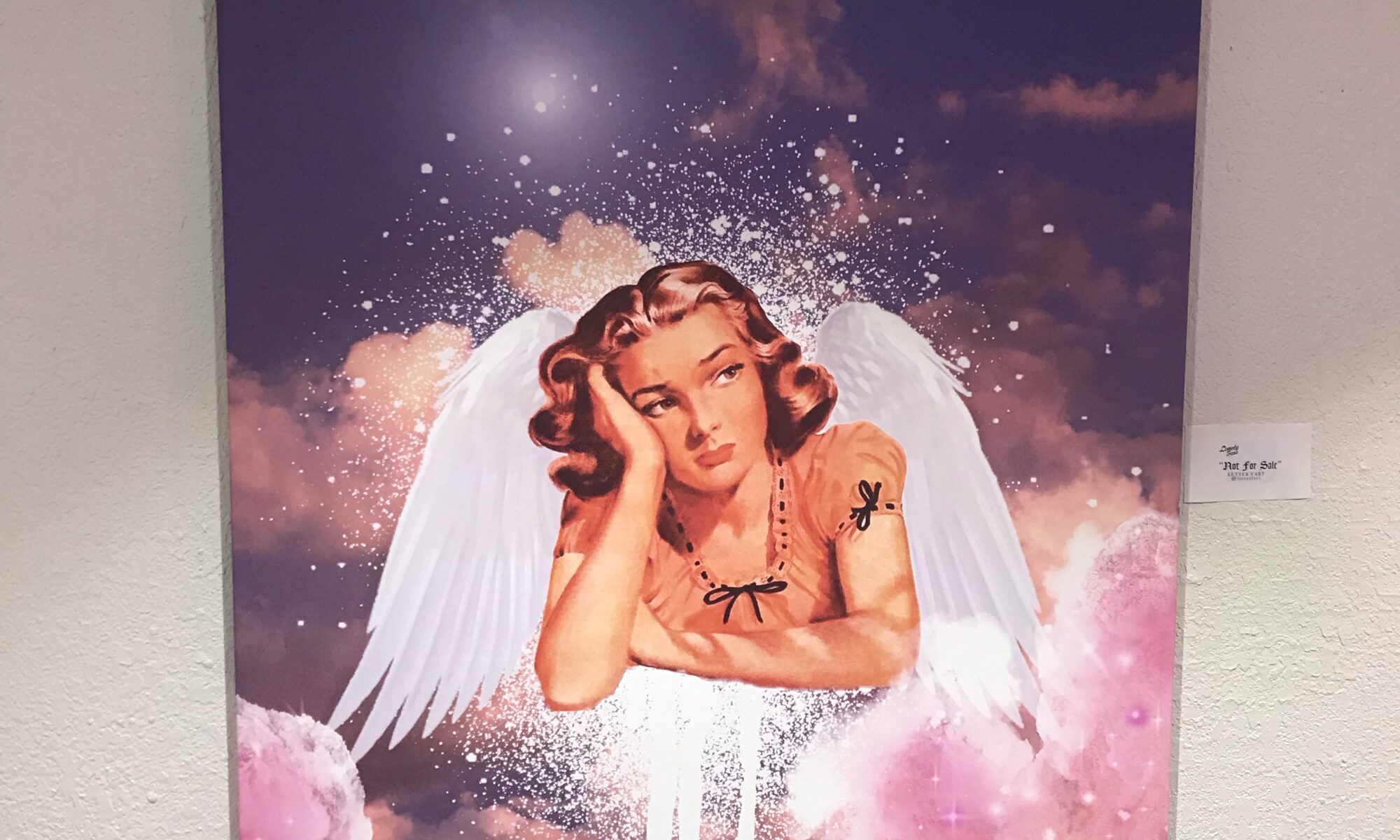 To show some love to all the lonely singles on Valentines Day, Coastal Creative is hosting the “Lonely Fans” art show curated by Coastal’s own Stephanie Agudelo.

A majority of the pieces showcased in the show deal with themes of love and lust. The first piece by Bujikimo shows off his signature style in a pink Valentine’s Day color pattern. Bujikkmo’s work reminds me of classic Nickelodeon vibes. Letter Fart who designed the poster for the entire show had some of the dopest pieces on display. The magazine style piece captures a sixties style with the mash up of the three male figures.

Really dug the three dimensional aspect of the heart piece by Dwight Mathis. Seeing this project come from the design stage to a fully formed piece was really impressive. Clay Frapwell came through with this glossy lip piece.

The curator herself Stephanie Agudelo brought us this “Game Of Love” piece. This piece has big “Twin Peaks” vibes with the red background and chess game. The covering of the eyes was the dopest aspect of this one. I could see an experimental pop artist using this as a cover to an album.

Chris Sellen gives us a darker approach to the heart theme with this spooky looking heart. This heart was definitely hurt by someone and is now evil. The sharp teeth are the dopest part of the piece.

The collection from A.Rose Gallery was a really nice change of pace from the other pieces in the show. A.Rose took more of the single approach with her pieces, portraying a women riding solo dolo. The colors mixed with the comic book esque style made this collection one of my favorites from the show.

Once I heard the homie iBOMS was going to have a new piece at the show I had to come through. After the “Ego Death” series it is nice to see iBOMS return his focus onto the Ashi character. In this piece the blooms represent love surrounding Ashi, who as we see in the piece is heartless. I feel it is telling that we only see a majority of the back of Ashi, rather than a frontal portrayal. This by far was my favorite piece from the show, and a new favorite from iBOMS.

The first official “Lonely Fans” Art Show was a huge success. The options are endless when it comes to what themes curator Stephanie Agudelo will present to us next time, but Jit Camp will be there to support.