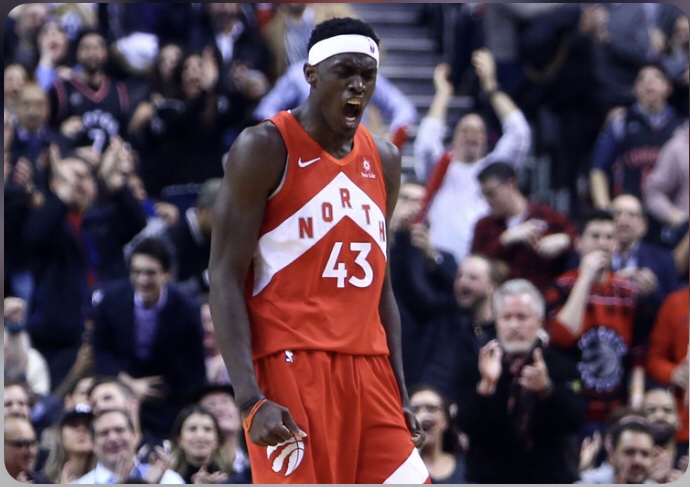 Despite having a down season in the bubble, Pascal Siakam is poised to have a bounce back season in Tampa Bay.

The Cameroonian born player was drafted by the Toronto Raptors with the 27th Overall pick in the 2016 Draft. To develop his skills the team sent him to the G-League winning the leagues championship and finals MVP as a rookie.

In his first full season with the Raptors, Siakam cemented himself has a solid bench player by increasing his shooting. Once the 2018-2019 season started Siakam made his way into the starting line up, becoming one of the best two way players in the game averaging about 16 points a game.

With Kawhi Leonard taking his talents to “The North” alongside Lowry, Ibaka, Gasol, and VanVleet, the Raptors took it all the way capturing their first NBA title in franchise history. Siakam also took home most improved player of the year. Pre bubble Siakam was named to his first NBA all star game representing the Eastern Conference.

With Kawhi’s and many others of the core championship team departing in free agency the Raptors locked you Siakam with four year $130 million dollar extension. With Lowry getting older it’s up to Siakam to lead the franchise into the future. In only his fourth season I feel Siakam can reach MVP heights like Giannis did, once he hones his skills the sky is the limit.