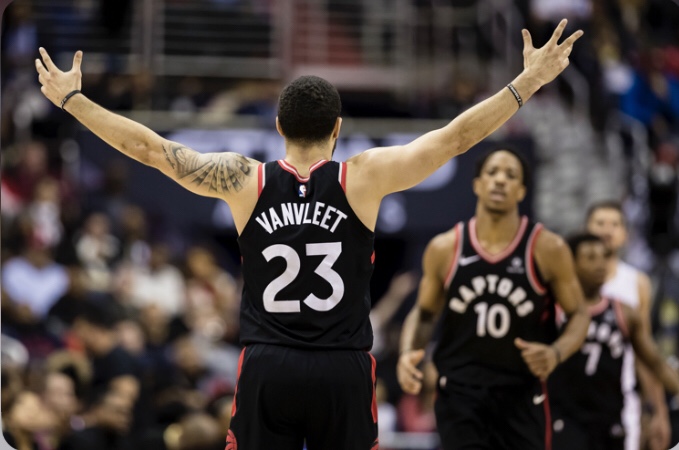 Coming off the biggest deal in NBA history for a undrafted player, Fred Vanvleet is poised to elevate his game to All Star level.

After going undrafted in the 2016 NBA draft the Toronto Raptors eventually picked up Fred, giving him an opportunity to show what he can really do. After making the full roster, VanVleet played limited minutes but still made his mark on the team. He had some assignments with Raptors 905 the Raptors G-League team, leading them to a championship in 2017.

Pre Kawhi, VanVleet showed he would have staying power on the Raptors, becoming a key piece of their young core. Once Kawhi joined the Raptors, Vanvleet played a key role on the championship winning team, often coming up with huge 3 pointers in clutch time. This is no easy feat when your going head to head with the splash brothers.

With many of the key pieces of the championship team now in other cities, it is up to Vanvleet to usher in this new era of Raptors basketball. So far his stats this season are decent despite only winning one game at the time. Really hope him and Lowry can get some All Star consideration this year, Fred sure does deserve it.