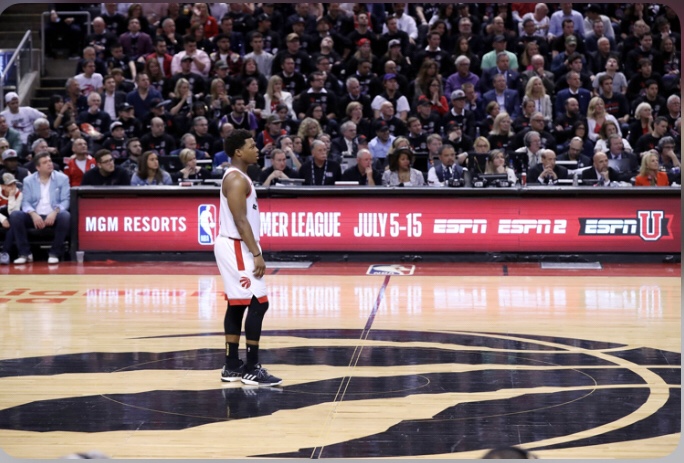 With the Toronto Raptors calling Tampa Bay home, I wanted to put the NBA2TAMPABAY faithful on to their new team. First up we start with the longest tenured and leader of the squad Kyle Lowry.

After small stints with the Grizzlies and Rockets, Lowry made Toronto his home in 2012 after being traded. Once Masai Ujiri was hired as team GM, Lowry and DeRozan became the cornerstones of the team.

In this “Baby Dinosaur” era the Raptors often finished in the top 5 of the Eastern Conference, but ultimately fell short by never reaching the NBA Finals. Lowry was named to six all star games during this time proving to be one of the East’s top PG each season.

Lowry is more of a grinder than a flash player. After the departure of DeRozan for Kawhi, Lowry took the mantle has the team leader despite Kawhi being the best player. His experience in the playoffs allowed him to drop knowledge on some of the younger guys like Vanvleet and Siakam.

After winning the title, Siakam and Vanvleet have grown into the main focuses of the team with Lowry acting as team leader and mentor. His role is very similar to Steven Stamkos on the Lightning. Can’t wait to see Lowry and the rest of the boys do work this season. His jersey is on my hit list.